Kaldbak is a farm in North Iceland, near the much better known Húsavík. It’s a remote and unspoilt little slice of Iceland that most can only dream of visiting, let alone live there.

I frequently dream of such things. Packing in the rat race, quitting my job and turning off the internet forever. What would it be like? Is it all it’s cracked up to be?

I caught up with Harpa Fönn Sigurjónsdóttir from the band Grúska Babúska to find out more.

Where did you grow up?
I grew up in Kaldbak, a farm just outside the small fishing village of Húsavík, off the north coast of Iceland, a 500 km drive from Reykjavík.
My parents, who were both raised in 101 (downtown Reykjavík), like we locals call it, decided in the 70’s to escape the “buzzing” city life (as buzzy as a 200,000 people city can get!) and bought an abandoned farm 2 kms outside the village of Húsavík. They left everything behind and started a new life there. They blended in with the small community, started renovations on the old farm house, planted trees, reclaimed the soil, kept some hens, horses and a cat and a dog, and started reproducing…. That’s where I come into the story.

How did you find it?
I loved it! Kaldbak is a magic land, and growing up as a kid there is like being inside a fairytale. All my friends always wanted to hang out at my wonky little farmhouse and we went on many adventures, exploring the area and land around the farm, mainly inspired by Indiana Jones of course! We found caves and paths and hidden places that we were sure that nobody had ever discovered. It was a magical time, and being so close to the beautiful village (20 mins walk tops) made it even better. To be able to enjoy the freedom and peace of the country life, as well as the “urban” approach, is a privilege. That’s for sure.

Where did you go to school?
I went to primary and secondary in Húsavík, but high school and college in Reykjavík and Germany and England.

What did you do in your spare time?
I had many hobbies, somehow I think it’s easier to fit more things into your agenda as a kid (and for the parents also) when you live in a small community like this. Firstly, activities and hobbies are cheaper. Secondly, the commute takes no time, as there is a 10 min walk to everything. Thirdly, everybody knows everyone, so it was always definite that you would know somebody also involved in the same activities as you. Fourthly, your parents never need eto escort you anywhere, the village is so safe of course. 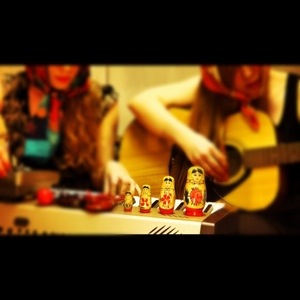 What is your earliest memory?
I think it’s one of the times I went on a bus for the first time in Reykjavík, with my gran. I apparently really liked it and I demanded that wefollow the bus to where it “slept,” which we did. Also, when I got my sister’s old Yamaha keyboard. I remember that like it happened yesterday…

Why did you move to Reykjavik?
When I got older I realized that the opportunities in such a small place, as many as there are for kids, are not many. I wanted to study and meet new people and try to live in an urban environment. All my family (apart from parents) is here in Reykjavík, and I was really close to them and my gran and granddad. Also, my sister had already left to Reykjavík for her studies, so really, there was never a question. So I first moved in with my gran, but she had a private apartment in the garage, so man, was that a popular party place in high school!

Would you move back?
Well, I wish I could…. my profession requires that I stay here in Reykjavík, but I’ve been looking more and more into going back and making my projects and productions there. I’ve recently established an art residency and festival in Kaldbak. 2013 was its third year , that’’s really inspiring and I bring eight visual artists from Reykjavík and abroad to Kaldbak to live and work for a week, resulting in a festival the last day, art exhibition and a music show during the evening.

I really love that project and it brings something to the community, to me and also the artists. I really like the idea that other people can get inspired by Kaldbak and Húsavík, the way I was lucky enough to be. I think Kaldbak and Húsavík are the most inspiring places in the world.