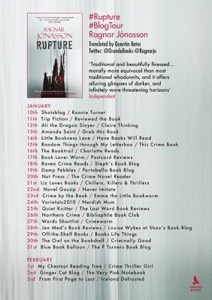 The next instalment of Ragnar Jónasson’s Dark Iceland series comes exactly at the right time, with both Iceland and Nordic Noir becoming increasingly popular, not to mention the success of Icelandic TV on British screens (see Trapped, Case and stretching the point a little, Fortitude). Again the translator is Quentin Bates, who brings his own experiences of crime writing and Iceland to the table.

The real star of the show is Detective Ari Thór, who returns again to seek out the mysteries of Siglufjördur, which is turning into the Icelandic equivalent of Midsomer. Just with worse weather, and this time an infectious virus to boot.

Ari Thór is a likeable chap, and his complex personal life is becoming richer with each novel. It’s only a matter of time before Dark Iceland is picked up by Hollywood, surely?

Ísrun, the Reykjavík based journalist returns too, and adds some depth to Rupture, as well as providing Ari Thór with some assistance on an historic murder case from the quarantined Siglufjördur. Elsewhere there is a hit and run to investigate, and much of the action is away from North Iceland, but Ragnar manages to pull all the loose strings together wonderfully.

Ragnar is an accomplished author, and tells stories with ease, using atmosphere and details of daily Icelandic life as his tools. Rupture feels quite gentle at first, and less ‘dark’ than its predecessors but without realising, you are reading at a pace as the plot tightens like a noose. 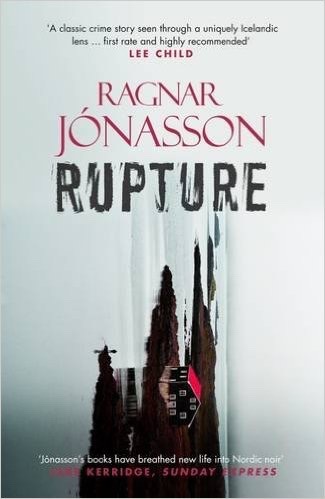