5. Of Monsters and Men: Beneath the Skin

Beneath the Skin is a much more mature offering than their previous album, My Head Is an Animal. It still sounds like Of Monsters and Men, and still relies heavily on the partnership of Nanna Bryndís Hilmarsdóttir and Ragnar Þórhallsson, but things have changed. Gone are the nonsensical lyrics (no more pet dragonflies à la ‘Dirty Paws’) to be replaced with genuine themes and issues. The music, too, has changed, not drastically, but there isn’t a ‘Little Talks’ here, and it’s none the poorer for it. 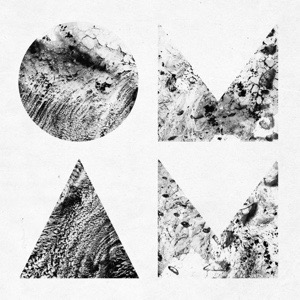 Five years since their last studio album, Icelandic favorites Agent Fresco return with a fresh offering, Destrier. Its one worth waiting for. Destrier is not an easy listen by any stretch of the imagination, but this is intelligent rock that plays on contrasts of loud and quiet, on heavy instrumentation set against Arnór Dan Arnarson’s falsetto vocals. This is no more evident than on the single ‘Wait for Me.’ 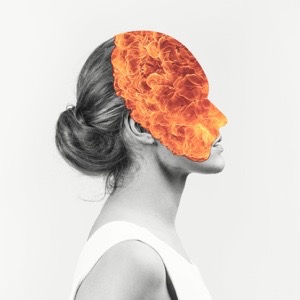 Vulnicura, meaning ‘Cure for Wounds’ in Greek (vulnus meaning ‘wound’ plus cura meaning ‘cure’) was snap-released to the surprise of fans and industry alike following an apparent online leak. The album quickly became the number one most downloaded album on iTunes in more than 30 countries, including the UK. The opener ‘Stonemilker’ is probably the most typical of Björk and closely related to songs from Homogenic. ‘Family’ has some seriously creepy string parts, at times sounding like an old-fashioned horror movie score, whilst ‘Mouth Maker’ has sounds seemingly borrowed from a sci-fi set. The album will take repeated listens, and is by no means an easy pill to swallow. No quick fix here. Unless, of course, you have been through a heart-wrenching, emotionally torrid breakdown of a relationship, in which case, Björk is here to help.

‘Follow Me Down’ is full-on Sóley, and a stand-out track on the album. It starts off gently enough, but develops into something quite lovely, with Sóley pleading with the listener. It’s also a marker of the new: something so strong would have been out-of-place on the fragile We Sink. There also appears to be less reliance on sampling, and a more organic sound has been achieved. This is best seen on ‘Dreamers,’ with its delicious, twinkling piano. The closing piece is the utterly haunting ‘Lost Ship,’ which starts with something akin to a siren’s call through thick sea fog, before Sóley sings softly in a way that makes you feel quite uneasy.

Sóley has crafted something truly unique here. Ask The Deep is a thing of dark beauty.

Mr. Silla—the album— is a slinky, sexy affair, full of late night electronics and gentle, caressing vocals. This is no more evident than in the sultry ‘Reach for Me.’ “All I want is to just feel your touch,” Silla coos, “And see you blush.” The highlight though, is ‘Breathe.’ Full of delicious layers that are reminiscent of múm’s darker side, Silla delivers a vocal performance that manages to be both brooding and ethereal. With this sensual, alluring effort, Mr. Silla released the Icelandic album of the year.