Forget the overseas talents of Beach House and Hot Chip (both surely in violation of the ‘you can only play Airwaves once’ policy), the histrionics of Father John Misty, or the London grime of Skepta, Airwaves has the very best home-grown band on show. Here is a list of 15 not-to-be-missed Icelandic bands, in no particular order.

This secretive electro producing trio have now been unmasked to be Sindri from Sing Fang, Jófríður from Samaris/Pascal Pinon and Úlfur from Oyama. With such pedigree, how could you go wrong?

Ok, ok, so John isn’t strictly Icelandic, but the Symphony Orchestra definitely is and John is pretty much Reykjavík’s adopted son. With music from the superb Pale Green Ghosts lending itself to such classical embellishment this is going to be very special indeed.

Punk rock courtesy of members of Rókkurró and For A Minor Reflection. Still relatively unknown, the promise of one of enough energy and spirit to blow any remaining jet lag well away.

A perennial favorite, Sóley is riding high after an international tour the wonderful Into the Deep album and even a new EP. Sóley is playing several shows, including a pre-Airwaves show and most excitingly is inviting fans to her own studio for the afternoon. Expect beautiful yet off kilter tunes and a dark sense of humor.

An Icelandic trio that are going from strength to strength. Don’t let the saxophone put you off, this is slick and sexy stuff with similarities to The XX and The Knife but with more, you know, Iceland added. They are playing at the Vodafone hall before Hot Chip and might just beat them at their own game. 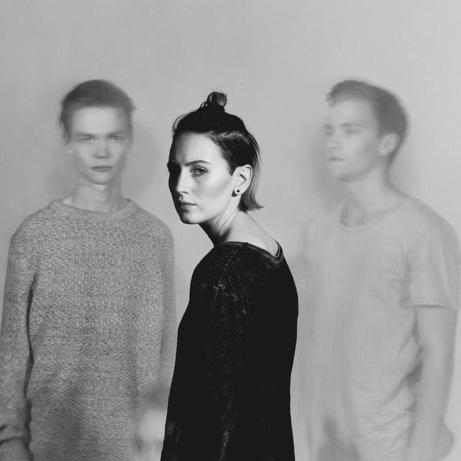 Axel is a 19-year-old from Húsavík, Northeast Iceland, who plays spellbinding modern folk music that is well beyond his years. He is also playing Airwaves about 300 times in total, so there is no excuse for missing him!

Described by the artist as “electronic horror music with a space twist”, DJ flugvél og geimskip (translates as DJ Airplane and Spaceship, of course) is a one girl show which is, well, out of this world. Might just be the strangest thing you see at Airwaves this year.

East of my Youth

Presumably named after the Jack Kerouac quote, this trio released their debut single ‘Lemonstars’in the summer, and promise their own brand of freshly squeezed experimental pop for Airwaves.

The side project of compose Ólafur Arnalds and Janus Rasmussen from Bloodgroup, Kiasmos produce eminently danceable minimal techno, that went down a storm at Airwaves last year, probably whilst in a storm too.

Singer Arnór Dan may have also have benefited from working with Ólafur Arnalds on his recent projects, as their new album Destrier benefits from a more mature and detailed soundscape than its predecessor. Known for energetic and chaotic live shows, and it’ll be interesting to see if they tone things down for an intimate show in Fríkirkjan.

Another Airwaves favorite usually seen adding sublime backing vocals to other performances, Mr. Silla is actually Sigurlaug Gísladóttir (no idea where the ‘Mr’ comes from) and is taking center stage this year, with a new album to promote. With a voice like hers though, the stage is hers for the taking.

This quirky all female band are on the cusp of releasing their second album—their first was released as a Russian Babushka doll with a USB stick inside—and have added the supremely talented IRíS to proceedings.

FURA is a collaboration between the songstress Björt Sigfinnsdóttir and the producer duo Hallur Jónsson and Janus Rasmussen (when not performing with all his other projects). From humble beginnings as record store workers they now produce late night electronica and stunning vocals from the eastern reaches of Seyðisfjörður.

The brand new project between dancer Melkorka Sigríður Magnúsdóttir and FM Belfast’s Árni Rúnar Hlöðversson, this promises to be a visual spectacle as well as musical with mention of “trivial things like love, trampoline exercises, whales and white animals.” No idea what a ‘milkywhale’ is, by the way!

Soft and sensitive vocals from this talented songstress, plus the promise of a five piece band to support her, Soffía is playing on Sunday night at Gaukurinn which might be the sensible option if five days of hard partying have taken their toll.
Originally published on Iceland Review online.