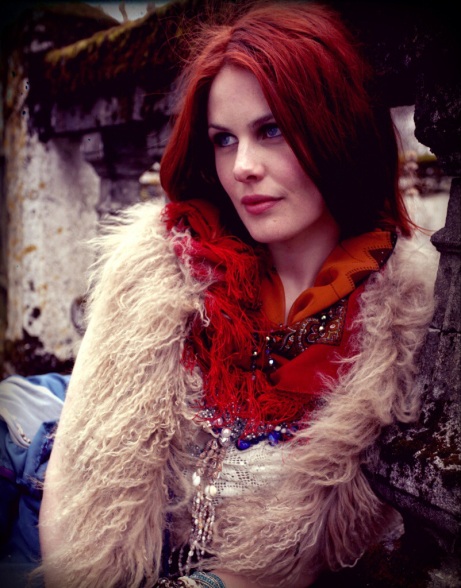 There’s this theory that everyone in Iceland is creating something. Everyone is a writer, a musician, an artist, or a yarn-bomber. The theory goes that this is due to Iceland’s long, dark winters with creativity providing both a means of killing time, and keeping the spirits high.

Nowhere is this more apparent than at Iceland Airwaves, where every conceivable space in Reykjavík is filled with music. Even Bæjarins beztu pylsur—essentially a hotdog stand—is hosting bands this year.

That said, ÍRiS might just be one of Iceland’s most underrated singer/songwriters. Having released her debut album in 2013 to little fanfare, she is determined to grab your attention at this year’s Iceland Airwaves. Starting with an unbelievable ten concerts in five days.

ÍRiS produces sultry, sophisticated fare with intense, elegant vocals layered over strings and piano. Her jazz beginnings occasionally show through, but this isn’t always a bad thing. Trust me.

I spoke with her to find out a bit more about what she has planned:

You are playing ten concerts at this year’s Airwaves. Are you mad?

Frankly, I am leaning towards… yes! They kept piling up and a five-day music fiesta is simply too good to pass. I’m not sure what I have got myself into. I guess I’ll find out soon enough as I get mixed up in this delightful chaos.

Do you enjoy playing Airwaves?

Absolutely, although I’ve never done this type of music-marathon before. Airwaves transforms the city in my opinion, and I myself am a regular. Both behind the mic and of course in the audience. There is just such a vibrant atmosphere wherever you go and so much to see. I am certainly counting the days.

You’ve played in some strange locations recently, a ship, for example, and Airwaves lends itself to concerts in places such as swimming pools and shops. Are any crazy plans afoot?

Yes, the ship concert was at the Herring Era Museum in Siglufjörður in the north of Iceland. That was a fun experience! Try placing a drum set and a full-size harp on a sloping surface, on an antique fishing boat… whilst trying to look professional! There are no boat or swimming pool venues for me this year at Airwaves, but record shops, bars, cafés, hotels—you name it. I’ll be there!

What is your advice for a first-timer at Airwaves?

A lot has changed since my first Airwaves. With the increased number of guests I’d say planning the planning is the way to go. Don ’t waste your time in the line—get there early. Also, don’t forget to check out the off-venue program which has truly become another festival in itself. There you can often find more intimate concerts with the artists you favor. There is no ‘wall’ between the performer and the audience.

Penumbra was released in late 2013. It’s a great album. Would it be cheeky to ask whether there is any new music on the way?

The first sounds of the second album are beginning the see the light of day in my attic studio. I am very excited about the new influences I’m adding to my little world. I learned so much from the process of my debut album, and that has created this new path. It won’t be published ‘tomorrow’ but you might begin to hear some hints in the coming weeks. If you want to catch me live, have a look at irismusiciris.com or my Facebook page, where I’ll be sure to release my Airwaves schedule in the coming days.