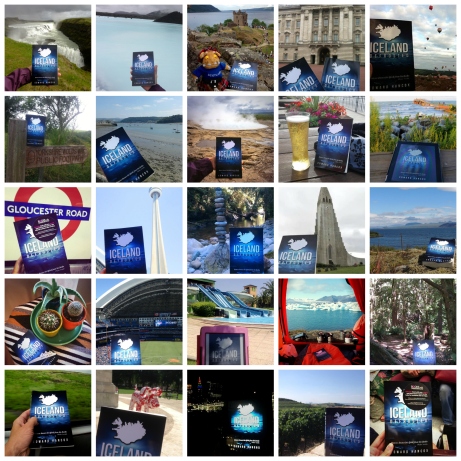 Back in the summer, I asked if you wouldn’t mind sending me photographs of Iceland, Defrosted from around the world. The response was amazing, with myriad photos being sent from across the globe. Above is just a small selection.

It was the devils own job to pick out the best. Here are my top ten. They include Buckingham Palace, a beach in Spain, a baseball game in Toronto, British Columbia, Niagara Falls, Djúpavík, Jökulsárlón, with a McGruffalo at Loch Ness and with a cool half pint in North Wales.

If one of your photos is in the top ten, expect a little gift in the mail as a token of thanks.

Thanks to everyone that sent one – I had a lot of fun collecting them, and it helped spread the word of my little book.